Conor McGregor's UFC success has seen him rise to the biggest and most high-profile name in the sport and is arguably the most marketable athlete on the planet.

The Irishman has achieved plenty of success throughout his short but sweet time in the octagon as part of the most established MMA organisation in the world, becoming the first ever simultaneous two-division world champion back in 2016.

He stopped Brazilian Jose Aldo in just 13 seconds in what has become his most famous sporting moment to date, before going on to also knock out Eddie Alvarez in New York to win the lightweight crown as well.

His brief and unsuccessful delve into the boxing world saw him get halted by the legendary Floyd Mayweather Jr last year in what was a clear money-grab from both men, as they earned a mammoth amount for their 10-round face-off in Las Vegas.

There are a host of high-profile bouts on the horizon across all combat sports in 2019, including the highly-awaited clash between legendary Filipino Manny Pacquiao and Adrien Broner, in which 'Pacman' will enter the ring as the odds-on 4/9 favorite with bet365 in the boxing betting to prevail as expected.

"The Notorious" is also widely expected to be part of a busy and exciting 2019 across combat sports - being the biggest attraction there is in such a market - and there are a host of possibilities on his eventual return.

McGregor returned from a lengthy absence earlier this year to collide with Russian grappler and long-standing bitter rival Khabib Nurmagomedov in what was dubbed the biggest fight in UFC history. He ended up falling short in his pursuit of reclaiming the 155 pounds strap as Khabib earned a third-round submission triumph, before a heated and controversial spillover in the aftermath. 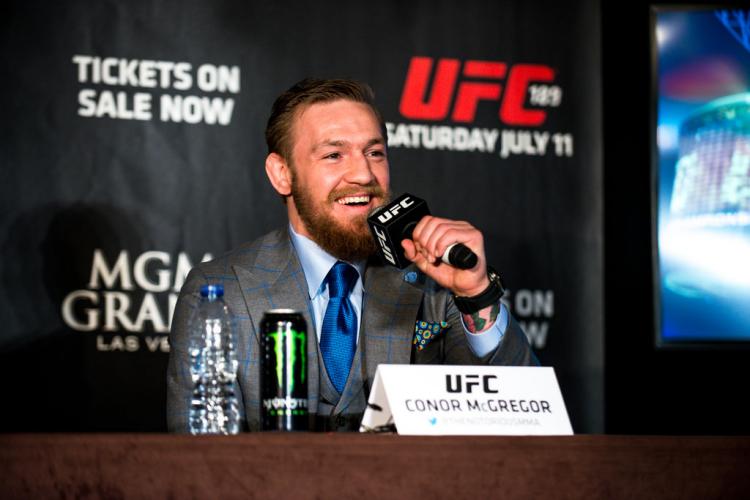 There are a host of other names that McGregor could eventually face at some stage across 2019, although there have been indications from his coach John Kavanagh that he may not return to the octagon at all.

After all, the deadly Dubliner is one of the richest athletes in the world from his combatant exploits and has recently become involved in other business pursuits, such as his whiskey brand, not to mention having a young family.

But he is a fighter at heart and looks unlikely of staying away. A trilogy bout with Nate Diaz is one that makes sense next year, with the latter American still not having fought since the pair's second scuffle in which the Irishman prevailed over five intense rounds by decision.

Donald Cerrone was another name that came out of the blue, while a Khabib rematch would be an enormous event. Tony Ferguson is also mentioned, while a second clash with rejuvenated talent Dustin Poirier is another potential option.

It's unclear what the future holds for McGregor but it seems only a matter of time before the UFC's most illustrious star once again steps foot in the cage across 2019.

Should You Wear Headgear When Sparring?

Should You Lift Weights If You Train Martial Arts?

Why Do Fighters Take Testosterone (TRT)?